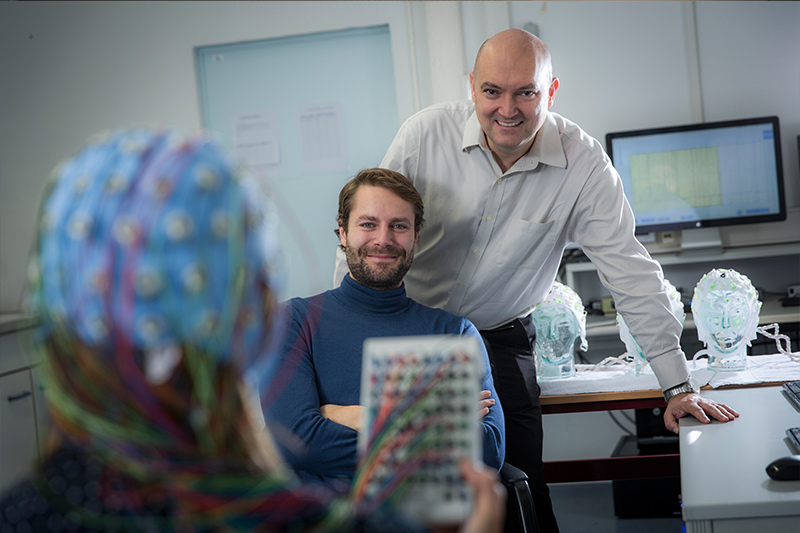 Decoding the time-course of learning and decision making

Decision making in a dynamically changing world often depends on beliefs about the current state of the world. Some states may be constant but noisy and this stochasticity is reflected in expected uncertainty. In contrast, when states change significantly, unexpected uncertainty, i.e., uncertainty about the state itself is induced. Furthermore, different sources of information may sometimes converge, but in other cases diverge, and decisions should optimally be based on the most reliable source of information available or a weighted integration of discrepant observations.

Prior studies have found that activity in visual areas covaries with the degree of surprise which drives the speed of learning representable as a learning rate, yet it is unknown whether this is a flexible process. Learning itself is implemented by a network of higher cortical regions including parietal and anterior prefrontal cortex, yet how these networks dynamically relate and where the information itself converges is unknown.

In this project, we will develop a task that is suited to investigate dynamically weighted learning and decode its informational content. It will allow to directly and parametrically quantify how much humans base their decisions on different sources of information while also allowing to measure updates in the beliefs of the validity of each source and compare these to the performance of a Bayes optimal learner.

Fischer AG, & Ullsperger M (2017) An Update on the Role of Serotonin and its Interplay with Dopamine for Reward. Front. Hum. Neurosci 11, 484.